Let’s all just accept that the five fundamental questions of journalism (who, what, when, where and why) rarely, if ever, get fully answered in the street art world. With the global reach of social media, the frustration over the lack of basic regional data such as name, date and time of an artist’s event has now been eclipsed by the even bigger unanswered questions like – in which country and – on what continent?

Finding the answers to  these niggling details is like completing a New York Times Sunday Edition crossword puzzle, a definite buzz, but, highly unlikely. Nevertheless, lets give it a go:

Without a signature, the connective tissue of this really nice series of paste-ups is their distinctive style. Of the quintet of paste-ups included here, the first image with the come hither look is the least threatening.

However, stand back everyone, for the second collage pictorializes that happy moment right before you realize that the gates of hell are about to open. 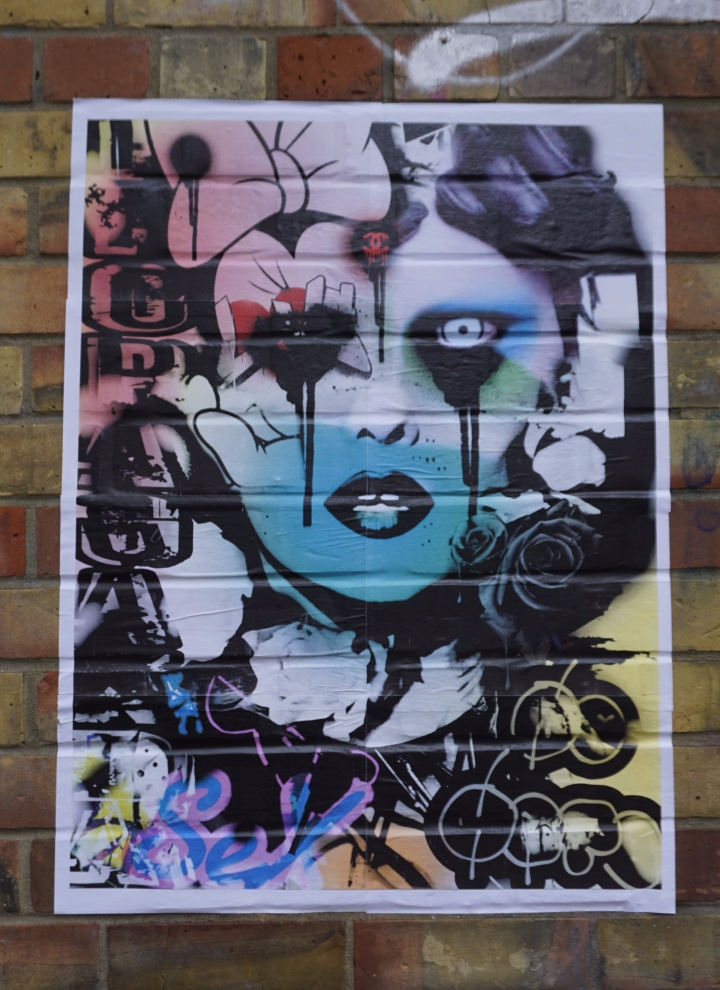 The third portrait (above) appears to be a happy cross between a Night-of the-Living-Dead character, a Blade Runner (original version) replicant and some sort of vamp/pire/ish Hello Kitty. 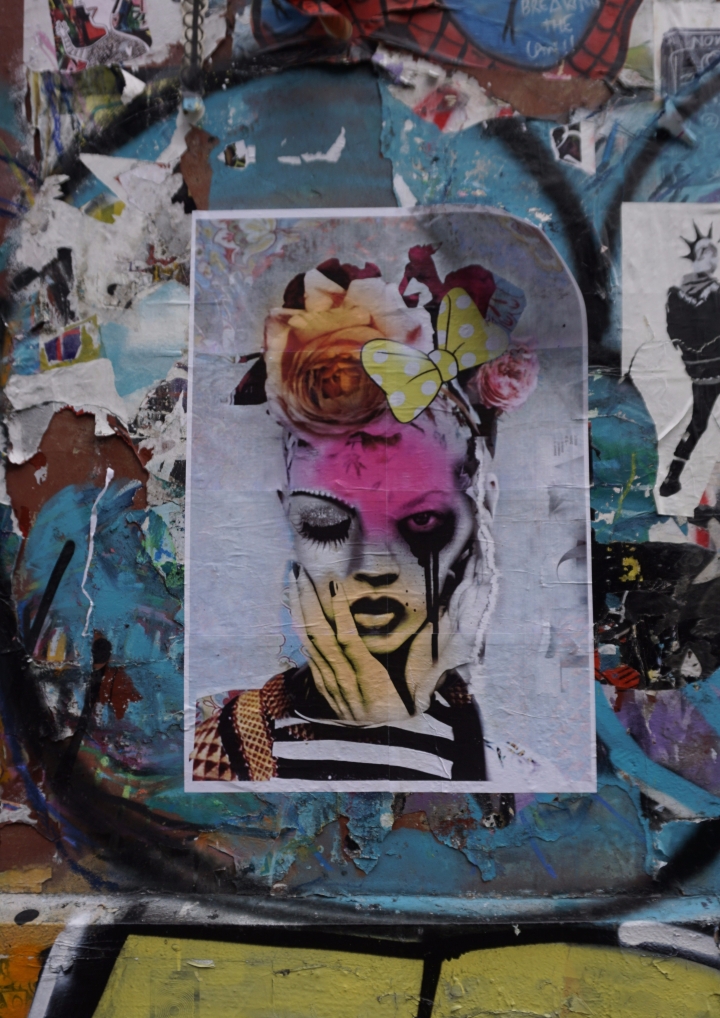 Is it Kate Moss – perhaps? Or not? Nonetheless, the artist’s bold line work, controlled eye-movement and dramatic contrast between implied innocence and smoldering other-worldly strength makes the viewer shudder at the possibility of ever meeting this character in a dark alley.

None of these observations really answer the principal question of who the artist is, but I love the work’s dark shock value, use of bold colours, the dramatic black and contrasting white, the well-integrated photographs collaged together with . . .  just the right amount of sweetest little Chanel logos, cutesy pie little polka dotted ribbons, baby blue bows, and . . . flowers. Sigh.

“Don’t think about making art, just get it done.  Let everyone else decide if it’s good or bad, whether they love it or hate it.  While they are deciding, make even more art.”