A new mural is going up in Oahu on the eastbound side of the H1, the main thoroughfare that runs between Waikiki and Honolulu. Once finished, Kamea Hadar’s latest portrait will command a sweeping view of the city with its relentless traffic and, eventually, several high-end residential towers.

His highly recognizable style can be seen in murals all over the city, including the image below, produced in collaboration with Rone, for the 2013 Hawaii Pow Wow in Kaka’Ako.

Urban art is usually a forerunner to the gentrification of almost all cities and KaKa’Ako is following suit. A heavy emphasis on street art, produced by internationally known artists, is being integrated into this area’s development plan. The two murals below, also produced by Hadar, are on opposite sides of the same building that tower over SALT, the new eatery and nightlife area, that includes a ‘bring your own food’ beer joint. Tour buses regularly rumble through this former industrial area. 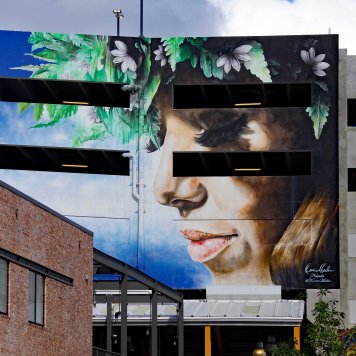 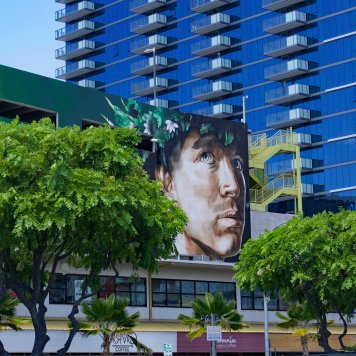 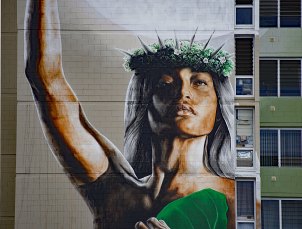 My absolute favourite Hadar mural entitled “Hapa” is located on Ward Avenue at Kapiolani. It is a beautifully rendered portrait of someone famous . . . it will come to me. 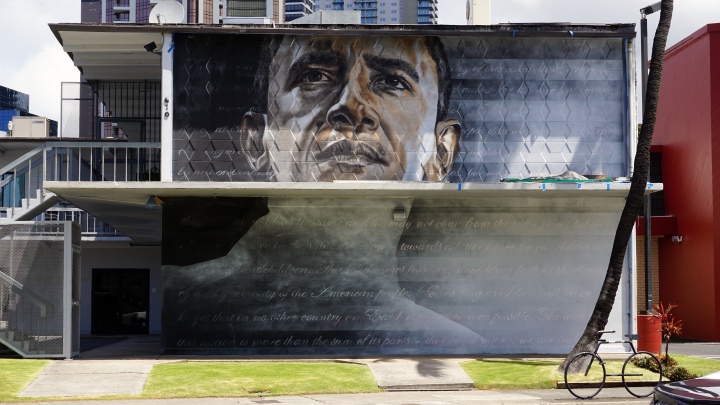 I expect that Kamea Hadar will participate in the upcoming 2018 Pow Wow Hawaii this February. Maybe if I can catch him, then dropping the hint that I am a new face in town might just be enough to inspire a portrait. The second floor of the leeward side of the Hawaii Theatre works for me. But until that happens, let’s continue to see what develops on the H1.