So what’s with these bi-fold advertising boards scattered around the city of London?

It is downright otherworldly what you can learn on the streets of this city.  The upside is that you can save a fortune in psychiatrists fees. 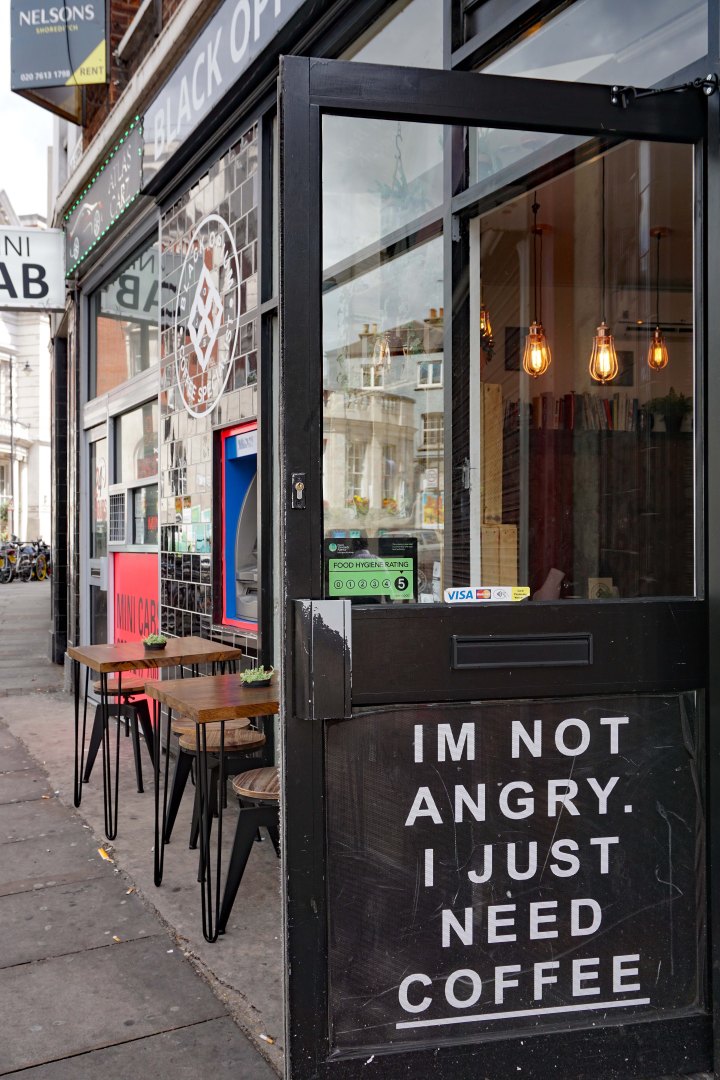 Particularly in the late afternoon during that sweet floaty period, which falls right after sitting down in any local pub, and realizing that you’ve walked too many blocks and definitely have taken way too many pictures. A time which ends exactly when a well-crafted restorative pint shows up on the table. 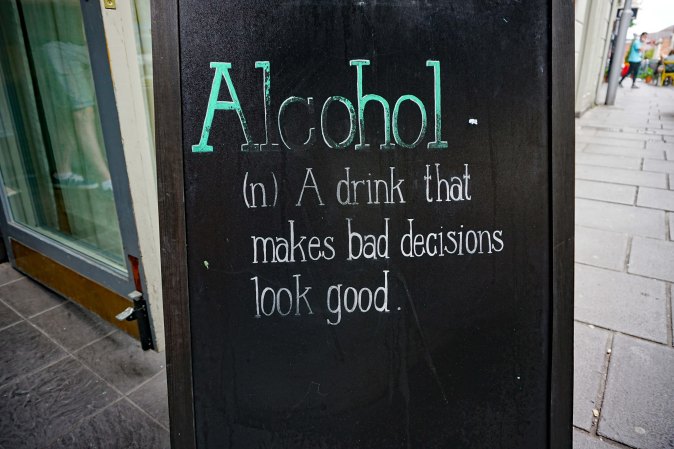 I realize that in a very crowded city like London where just about everything can be considered art, these slightly obstructive advertisements might fall slightly short of their loftier cultural cousins like the works held in the Tate Modern and the Saatchi, but after almost tripping over one, their messages have managed to insert themselves into my down-time hour.

Apart from avoiding that collision, the fantasy persists that the elusive Banksy himself might show up someday for a few shots and perhaps toss out a few beer adverts. 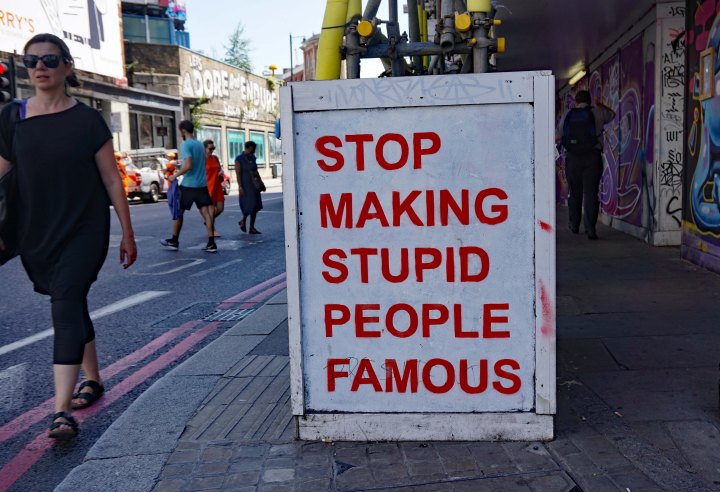 So the obvious Q is: who comes up with this stuff? Are these slogans settled upon during some bleary-eyed staff meeting where the handy-dandy pub husbandry bible doles them out?

In WINE there is wisdom

In BEER there is freedom 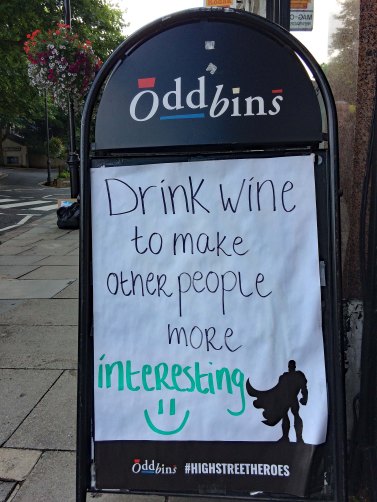 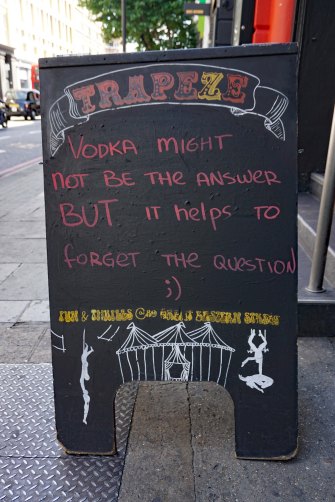 “NOVINOPHOBIA”  the fear of running out of wine.

Coming across these sidewalk philosophers is like bumping into a belligerent old friend, who shamelessly asks you to buy them a beer, or two. Which I will do, but only if they agree to help me edit my photos.