As an unrepentant street art-aholic I admit to two things. The first step is that I will go almost anywhere to find urban artwork and the second is that where I start my mission around ten a.m. is rarely where I wind up by four p.m.

But why choose Stoke Newington in Hoxton Borough as a destination? (Besides good coffee, great roti and amazing baklava?)

For art enthusiasts, a neighbourhood must support street art, have at least one or two contemporary art venues and, if luck persists, a few well established, post Van-Gogh-era, galleries and, of course, a few cafes or pubs.

Fortunately, the cultural mainstays of Stoke Newington just happen to have a few dramatic settings for arts events that swing between an atmospheric sixteenth century ‘Old Church’, that was heavily bombed in World War II, the eighteenth century ‘Abney Park Cemetery’ and moving slightly ahead, the 21st century’s “HANG-UP” Gallery.

Although the HANG-UP gallery has only been a local resident for less than a century, since 2008 it has established itself as a serious and reputable contender. The art on the walls of this bright, moderately sized corner unit lot is totally au jour. The work is very well framed, visually specific and totally un-cramped. It is always nice to freely browse through prints, let the artists’ skill set wash over you, take a few photographs and then perhaps ask a few questions, like . . .  “have you seen this guy?” 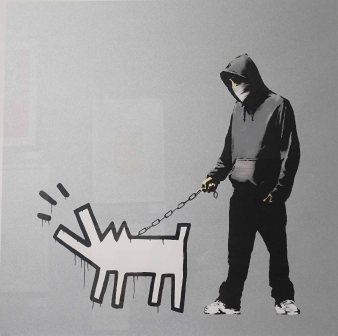 It is a gallery that also specializes in signed and unsigned Banksy prints and since I do admire and respect the cult of anonymity accorded to Banksy, I did surreptitiously test their commitment to it. Admirably the staff would not reveal if they had ever even met the man.

Along with Banksy, the Chapman brothers and Pure Evil (aka Charlie Uzzell-Edwards) dominated the walls during my visit. Over the years many of the town’s other heavy hitters have also been through these doors. The list of fame includes the likes of Harland Miller, Invader, KAWS, Ben Eine, Shepard Fairey and Sir Peter Blake.

Just down the street, with my lens aimed at some period advertisement painted on the side of a building, something totally unexpected popped into my viewfinder.

The MostArt Center, a licensed private setting geared for arts events that offers up not only food, but also a roster of diverse programming. Their entertainment includes music, comedy, film, and art exhibitions. This alternative venue promises to be quite an eclectic experience. 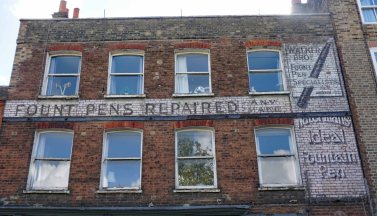 New and old samples of calligrafitti can be found throughout the area and just off the high street is where most of the urban art is located. While the artists’ works are quite recognizable, sadly some of it has begun to fade. 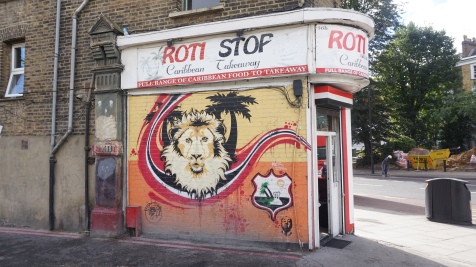 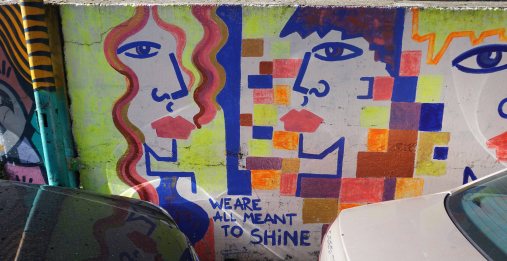 Within a short distance there are several larger pieces here as well. 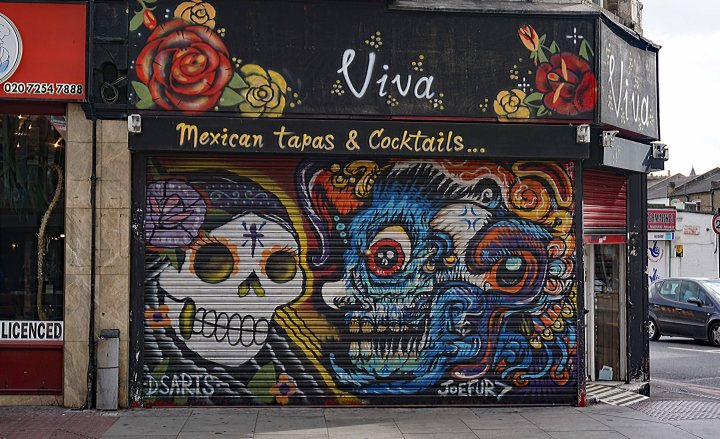 It is also a multi-cultural area that visibly welcomes newcomers.

Further afield, the neighbourhood still harbours quite a few quirky photo-op shops, that so far, have ducked gentrification. 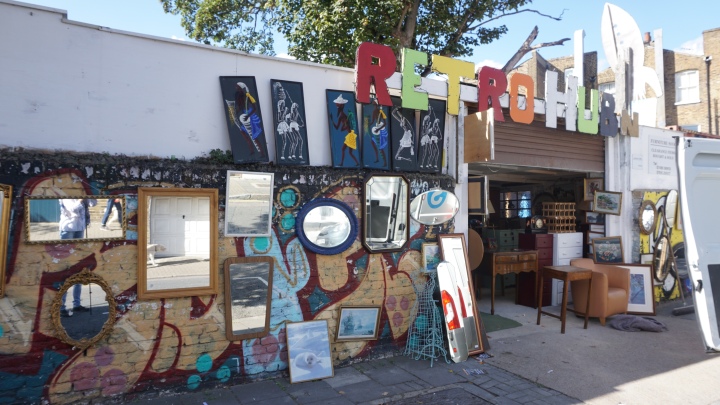 In the end though, if you are new to London with all of her amazing offerings, the emerging Stoke Newington area may not necessarily make it onto the short list of the mandatory tourist stops, but once you’ve been here for a while, an eventual visit to the area will definitely up your street cred, and if you now know who Sir Peter Blake is, you can consider yourself a rad insider.